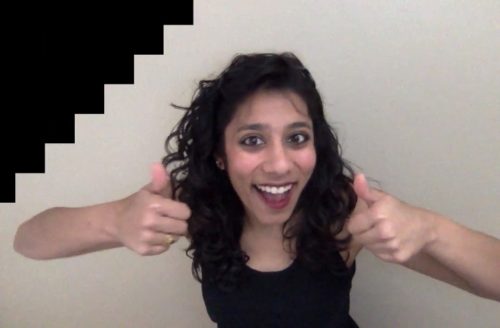 Disclaimer: I was provided with free product in exchange for my honest review. All thoughts and opinions are my own and are not influenced by the developing company and/or its affiliates in any way.

Info about the brand

A portion of every purchase goes to the Peniel Centre Orphanage in Bulawayo, Zimbabwe. Paraphrased from zazzybandz.com: The product was designed when the founder, Janet, realized that there was a need for a headband that didn’t give headaches. She realized that she, and many others, liked glasses or sunglasses as a headband, but then wouldn’t have her headband when the item was in use. The other goal was to capture the shape that glasses provided- there was always better volume than headbands that squish your hair flat!

I never wear headbands. Quite unlike Janet’s reasons for creating the product, I’ve never been a volume seeker and have never been overly headache prone. It’s not that I don’t like headbands, they just never stay on my head! My hair is super low porosity and I believe that contributes to my genetic predisposition for slippery hair. So headbands of every sorts, even the Under Armour workout ones with the sticky layer on the inside, just slide off. Similarly, if I braid my hair, within an hour I have to re-do it since so many chunks of hair would have slid out of it.

Every so often, I find a pair of sunglasses that magically seem to stay on my head. Which lead to the conversation with Zazzy Bandz- could this be the solution I was looking for as well?

Spoiler alert- the Slim works for me! (Written review continued below video)

Price point: Affordable, but obviously not as cheap as a dollar store headband. But given that it is a speciality design AND a portion of proceeds go to a good cause, I believe it’s priced fairly.
General pros:
– Women owned/run
– 30 day money back guarenteed
– Supports an orphanage
– Comes in a variety of natural hair colors for easy blending (you can also get it in fun designs if you’re into that.)

Per the video review, you’ll see that they come in both the original size and slim. The original slides off of my head like all of the other headbands I’ve tried over the years. The slim stays on. Hold on, that wasn’t enough excitement. THE SLIM STAYS ON!

While they are the same dimensions, as far as across the head and behind the ears, the original is about a half an inch wide and the slim is approximately 1/8″ narrower. While that does not seem like a significant difference, for such a small item that is actually a huge difference as far as surface area when accounting for friction. **Nerd interlude: Since the same force is being applied all over a smaller area, it allows for more friction at the contact points. Or you can just ignore this entire interlude and just say the slim is magical**

They are advertised as the Original being for normal to high volume hair and the slim being for those who the Original didn’t work for, which was generally people with thinner hair or a bigger head. Yup, the slim is the solution to the original being too big OR too small for you (see the above comment about it being magical.) My head is a bit on the larger side, but I did not find the original to be too tight. My hair is also quite thick, so definitely didn’t need a solution for thin hair. The slim was still the solution for me despite not being the original target audience.

Would I suggest it to other people with slick hair? Yes! But if your hair is as slippery as mine, I’d only suggest the slim.